It’s time to watch some new shows on Netflix. I personally love all of these shows and I have watched some of these shows to the end, I am sure that you’ll find something on here that might be interesting for you to watch as well.
This blog post is 10 Netflix Shows To Watch In 2020.

This is such a good show. If you haven’t watched it yet then stop everything you are doing right now and go watch it! I think this show is sooo fun and interesting to watch! It’s a show where there is a couple of contestants that move into their own apartment and they can’t speak to each other face to face but they talk to each other through a voice-activated app, and some of the contestants pretend to be someone they are not and ugh it’s just a really good show, you seriously have to watch it and let me know what you think! I just can’t wait for season 2!!

I’ve heard that so many people have been watching love is blind so if you are not one of them well then now is the time. This is also a really great show! It’s a show where you follow a couple of men and women who is trying to find love, and then they go into these rooms where they can’t see each other but they are all trying to get to know each other better through a wall, and then a few days later the guy has to propose to one of the girls that they think they’ve fallen for and when the girl says yes to the proposal, they get to see each other and then they go on a trip to get to know each other even more, but it all comes down to their wedding day where they have to say “I do” if they want to get married to that person or not. It is such a crazy and interesting show to watch! I totally recommend this show!

Uff this is also a great series to watch! This series is about 3 mothers that rob a supermarket just to get some cash but their life is going to get upside down once they’ve robbed the supermarket.

Omg, I can’t wait for the next season to come out!! It’s about a college student that joins a secret society that practices magic and it just gets crazier and crazier!! You have to watch this show, it is soooo good!

This is a mini-series but it is so good! It’s about a girl who gets arrested because of a school shooting and omg it is just sooo interesting to watch! Seriously go watch this one you will love it!!

I can’t wait for the next season for this one either!! This one is about a group of students that are going for a trip with their school but because the weather changed they are going back to their school again but none of their parents or family members are there, they are in the same city and all but they are the only once in the city and they have to learn to survive. Omg, I just can’t, I don’t know what to tell you it’s just so incredibly interesting to watch!!

This is one of my favorite shows ever! I just love this show so much! It’s about a girl who turns 18 and she learns that she is not just a normal human being, she finds herself in a different world with fairies, warlocks, and different creatures. It’s just such a good show and you never know what’s going to happen next! 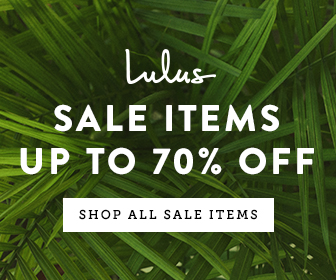 I Am Not Okay With This

I am actually not done with this show yet but so far it is actually pretty good. This show is about a girl that finds out that she has some kind of superpowers and she is trying to learn about what she can do and stuff.

This is a miniseries as well but omg, it is so good! I’ve only watched 2 episodes but it is so interesting!! I just can’t watch it at night since I get scared haha but other than that I really enjoy watching this show!! It’s a series about a group of people that suddenly wakes up on an island but they don’t remember anything, they don’t even know their own name so they have to find out why and how they are on the island and escape the island.

This is a cute show to watch. It’s about an Indian couple and what they are going through as a couple. I think it’s a pretty good show to watch, I know it’s way different than the other shows that I’ve mentioned but I think you’ll like this one if you are just trying to watch something chill and relaxed.

I hope that this blog post helped you give an idea on what to watch on netflix especially when we are all quarantined. Comment down below what your current favorite netflix show is. Make sure to share this blog post with your friends and family. Take care of yourself until next time! xx

“The whole of life is just like watching a film. Only it’s as though you always get in ten minutes after the big picture has started, and no-one will tell you the plot, so you have to work it out all yourself from the clues.”
– Terry Pratchett

You may also enjoy:

This site uses Akismet to reduce spam. Learn how your comment data is processed.

Welcome to Life Of Krish! This is a lifestyle blog created by Kristina. This blog is all about Organization tips, Decor, Productivity Tips and a lot of other things!
I hope that you will stay with me on this journey :)
𝐅𝐨𝐫 𝐁𝐮𝐬𝐢𝐧𝐞𝐬𝐬 𝐈𝐧𝐪𝐮𝐢𝐫𝐢𝐞𝐬:
𝐤𝐫𝐢𝐬𝐭𝐢𝐧𝐚@𝐥𝐢𝐟𝐞𝐨𝐟𝐤𝐫𝐢𝐬𝐡.𝐜𝐨𝐦